I've been working on this little side project for a while and I reached a critical juncture. I love goth art style in works by Edward Gorey, some Tim Burton, and very few other things. I'm quite particular about it. I love Lenore for example, but not many other comic books in that genre.

This project has a morbid subject (murder), but it is also light hearted. In the way Edward Gorey is quite morbid, but his wit makes it so entertaining. Anyway, the juncture I am at is exactly how stylized am I going to make the art. This was my first pass (okay, more like 21st pass): 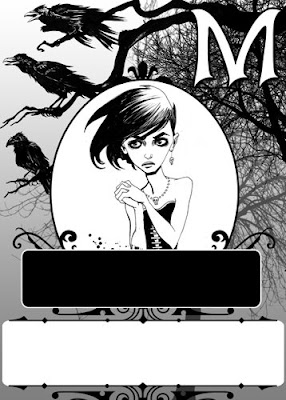 Well, my wife made some great observations, particularly about the general flavor of the project and suggested I push the crows to have a little more personality - to be a little less realistic. I agreed and took another pass. Then realized everything else had to be just as stylized - the trees, the character, so on. This was my second attempt: 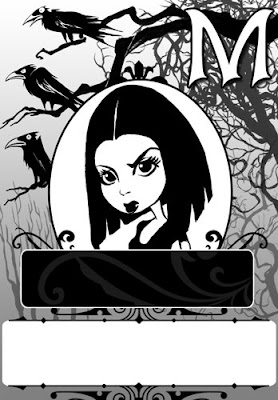 I definitely like the crows better. I think the design is stronger. I can draw a better character then that and will have to just practice more to get them right. But I'm wondering if this is an improvement, or is it merely different?

Email ThisBlogThis!Share to TwitterShare to FacebookShare to Pinterest
Labels: pen and ink 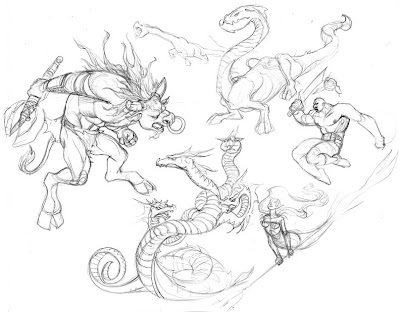 A page of monsters and stuff from my sketchbook. I just finished a huge commission of 40 drawings and needed to wind down and relax a bit. Getting that 40th drawing done was like lifting the weight of the world off my back. whew! 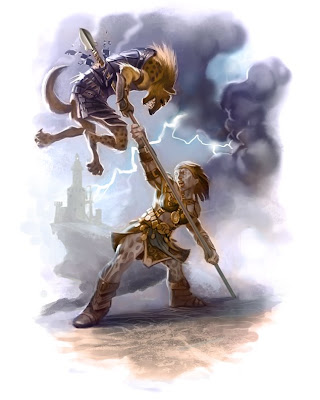 Establishing scale without any of the classic "scale symbols" such as a person, or doorway, or a car is hard to do. Here the main character is a "goliath". Not that you can tell it is any larger than an average person, or can you?

I've been playing around with creating ink splats to make Photoshop brushes a lot lately. I must have made a dozen pages worth of these: 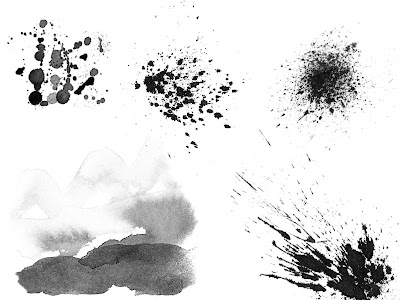 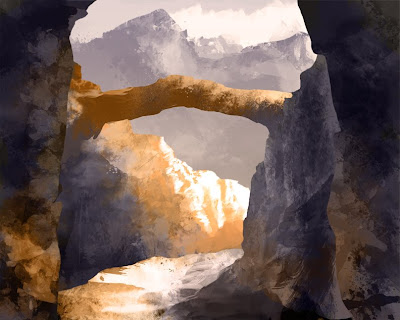