This summer we went to Europe for 2 weeks. 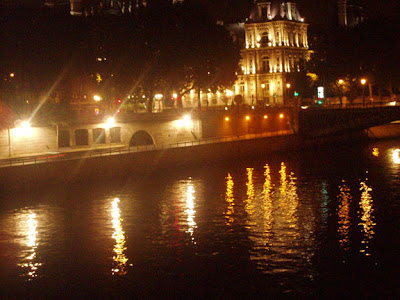 Rainy night in Paris
Paris was quite an adventure. We arrived at 10pm from a 14 hour flight. The airline lost our luggage, so we didn't have any of our tour books with us. At baggage claim they asked what hotel we'd be staying at, but we were staying at a friend's apartment and we didn't know the phone number! So we were in doubt if we'd see our luggage even if the airline found it. 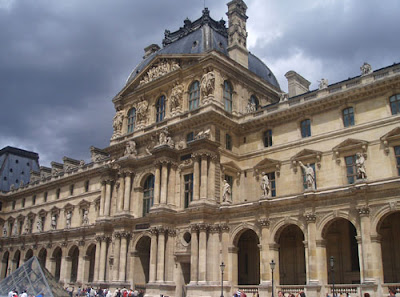 The Louvre is freaking huge!!!
We caught a taxi (that wasn't really a taxi - be careful in Paris!) and got a ride to the apartment. He dropped us off and we wandered around the street until we found the address. We had the key and got into the foyer, but it turned out there were dozens of apartments there and we didn't have the actual apartment number. So we wandered the streets of Paris until we found a 24 hour internet cafe. With hope we looked up our email to see if our friend had sent us the apartment number. He gave us tons of great info, but no apartment number! We found out he was currently in Sweden and left a phone number. 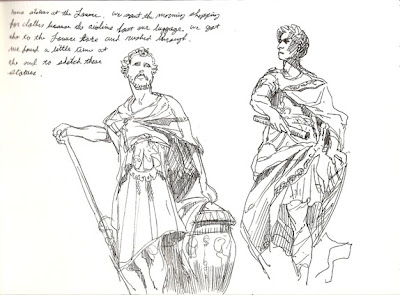 Sketches of statues in the Louvre 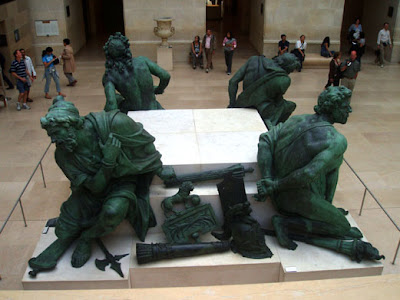 The Louvre is an endless collection of amazing classical art
Our phone card was in the luggage and we had no luck using the phones to call Sweden. By chance we contacted a friend in the US through instant messenger who was able to call Sweden for us - just in the nick of time. We got the apartment number and promised our US benefactor some fine European chocolates when we returned to the States. 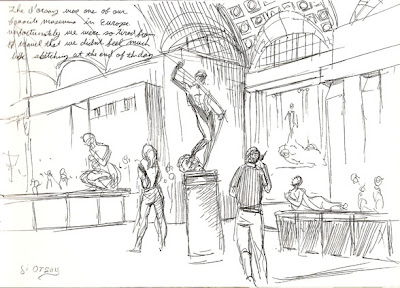 Sketch inside the d'Orsay
When we arrived back at the apartments, tired, cold and wet (it had been raining all night) we were looking forward to a hot shower and some rest. The apartments had no numbers on the doors! Molly had the clever idea of ringing the buzzer of the apartment number while one of us ran up and down the halls listening for which door the buzzer rang behind. Well, that worked and we finally made it in. We found out the next day that all of Paris is basically closed on Sunday so we couldn't get even buy any decent clothes or toiletries. 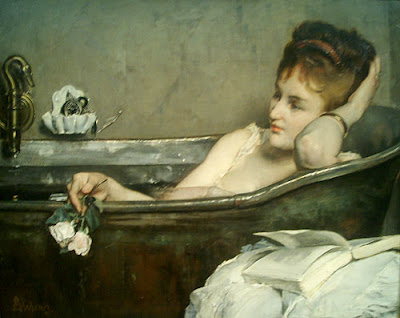 The d'Orsay had some incredible paintings
We were in a great location in Paris and did enjoy the rest of our time there, but that first night, in addition to some fierce jet lag, took its toll. When we went to the Louvre, and later to the d'Orsay we were so tired that we ended up taking naps on the benches there. I'm disappointed at how little drawing we got done there. In addition we were paranoid about missing our luggage call, and didn't stray far from the apartment. 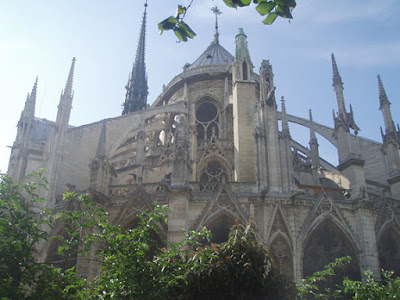 I was most impressed with the architecture in Paris
We stayed only a few blocks from Notre Dame
At the last hour on our last day in Paris the airline delivered our luggage! It was so nice to change into comfy clothes and have our toiletries. 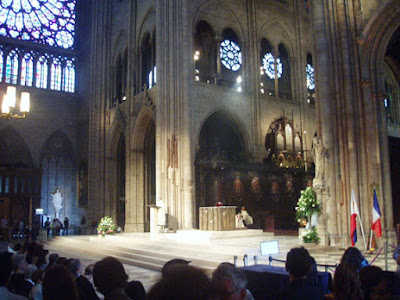 Mass in Notre Dame was beautiful
Early the next morning we rushed to Charles de Gaul airport to catch our plane to London. Even though we allowed for 2 hours at the airport we just barely caught our plane, they almost didn't let us on!

More on our Europe saga later...

A couple more Magic: the Gathering cards have been revealed by Wizards of the Coast. Kinsbaile Skirmisher and the ridiculously-fun-to-illustrate Boggart Mob. Did these in acrylics, it felt good to have real paint under the fingernails. :) 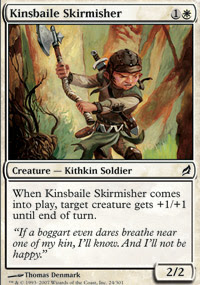 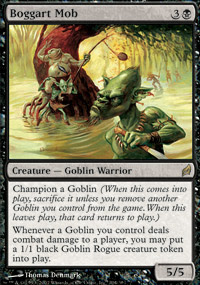 She's in a whole lotta trouble, or maybe its the demons that are really in trouble. Another simulated pen & ink sketch. I was trying to create a lot of movement with vertical space, using all diagonals trying to avoid any horizontal shapes. 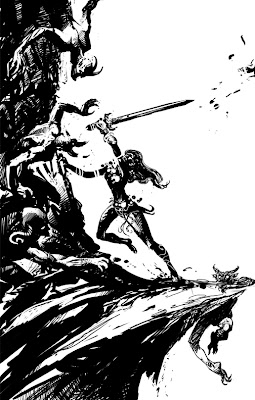 I've had the good fortune to work on the latest Magic: the Gathering card set with the astounding Jeremy Jarvis, who in addition to being the art director is a terrifyingly talented watercolor illustrator in his own right. The set is called Lorwyn. Wizards recently posted online some of the cards I did here. So I guess its safe now to post them on my blog. These were done in photoshop at a resolution of 3000 x 2400 pixels (that's 8x10 at 300 rez) 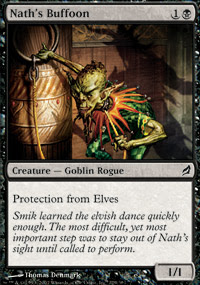 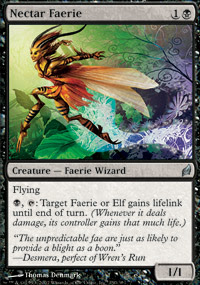 Update: Nath's Buffoon was featured in Magic Arcana on October 16, 2007.